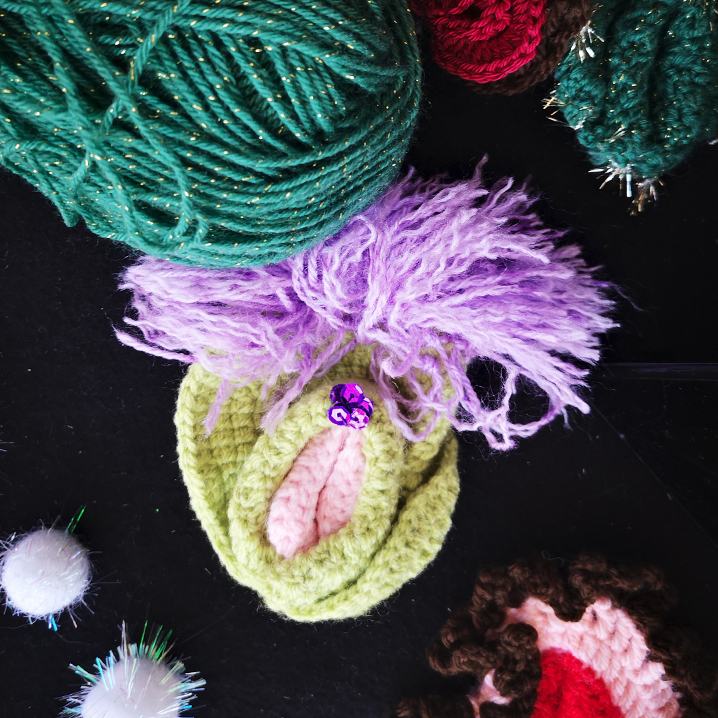 a short film and a participatory project for all ages, genders and species, terrestrial and from outer space

The crocheted short animated film PUSSY*PLANET takes place in a wool universe in which all body parts exist separately on different planets. An all-seeing eye maintains the totalitarian normative order until an intergalactic event upsets the order of the universe. The eruption of the Laser-Tits planet gives a norm pussy pubic hair and thus super heroic powers. The POWER PUSSY is facing a great adventure, after all, the future of her planet is hanging by a thread… – the rebellion for freedom and diversity begins! 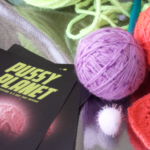 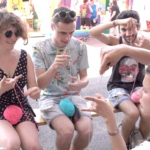 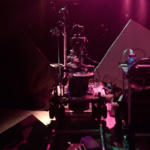 The project PUSSY*PLANET consists to 95% of crocheted individual parts, which are animated in a very complex way using stop motion technology. Behind this extremely elaborated project led and directed by the artist Antonia Prochaska, are hundreds of hours and hands!

PUSSY*PLANET is not only a film – it is a large ongoing project, that promotes the diversity of gender. The team organizes events such as crochet gatherings, where all interested people are invited to join, learn how to crochet pussys which will be integrated also in the film later on.

I am happy to be part of this amazing project by producing a small accompanying documentary film!